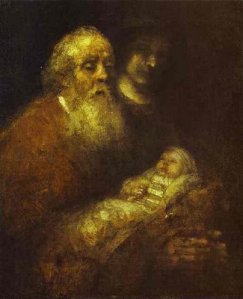 Grace and peace to you from God our Creator, and from Jesus, the Son of God whose name brings peace.  Amen.

Naming a baby is always a challenge.  New parents will spend days…weeks…months…researching…adding potential names to lists, crossing them off…studying baby name books…then thinking about the pros and cons…adding more names…subtracting…  There are so many things to consider!  Family traditions, what the names mean, who else has that name, how that name might be pronounced and how it might sound when paired with a middle name, or a last name.

My wife has been a kind of a filter for the rest of her family when it came to naming children.  Her brothers would call her to run potential names of children past her, to see what she thought people might “do” to the name.  Apparently she has a mind that just works that way.  I remember the phone ringing once and her brother Paul just said “Elizabeth” and immediately Lori shot back, without even really thinking about it “Lizard-breath.”   It’s a gift.

2012 was an interesting year in the world of names.  According to the Social Security Administration, the 5 most popular boy names this year were:  Jacob, Mason, William, Jayden and Noah.  Meanwhile, in the world of girls, the top 5 names include: Sophia, Isabella, Emma, Olivia and Ava.  Of course, the rules are still slightly different in the celebrity world.  Mariah Carey named her son “Moroccan” (as in the country), Jermaine Jackson named his son “Jermajesty” and comedian Penn Jilette named his daughter “Moxie Crimefighter Jilette.”  Seriously, you just can’t make this stuff up.

But despite the celebrity exceptions, there is a lot of ritual and tradition around the naming of a baby and much to consider.

In our family’s case, Lori and I kept the names a secret…not because we were didn’t want to tell, but because we really couldn’t decide until the boys were born.

So when our oldest son was born, I called my Mom to give her the news.  She was standing in an aisle at a Home Depot and I told her that Nathan Allen, whose middle name came from my Dad’s middle name, was born.  My Mom burst into tears right there in the middle of the paint department.  Apparently, the sales associate nearly panicked.

There is joy, pride and ritual in naming a child.

Our Gospel story today is one of ritual and tradition.  In Jewish culture during Jesus’ time, after a child was born, there were 3 important steps…cultural and religious milestones that happened in the first couple of months of new life.

It was traditional that on the 8th day, baby boys would be circumcised, as a sign of the covenant between God and the child.  They would then receive their name.  For the Jewish people, the ceremonies were done in the home with the family. It was a home religious ritual. After the circumcision, the Rabbi would ask:  “How shall this child be named?”  In this case, it would have been Joseph, as the earthly father, who would have said “His name shall be Jesus.  Remember that the angels had given Mary the name Jesus before he was born, and it literally means “God Saves.”

There are two more important milestone rituals:  On day 31, the first-born son would be brought to the temple for the service of dedication.  The belief was that the first born child belonged to God, and after being dedicated to him, could only be redeemed, that is taken home, by the Father making an offering to God.    And then, on day 40, they would return to the temple for the Mother’s rite of purification.  An offering of a lamb, or if the family were poor, 2 pigeons or doves would be made.  Mary and Joseph, Luke writes, could only afford the 2 birds.

Our Gospel today isn’t completely clear whether they were in Jerusalem for the day 31 ritual, or the day 40 ritual.  But what’s important is the encounter that this small family had with Simeon and Anna, which is where I think the story gets interesting.

So Mary and Joseph, carrying the month-old baby Jesus approached the temple, for the rite of dedication.  They entered, and Simeon and Anna were there, as they always were.

At some point, God had made a promise to Simeon that he would not die until with his own eyes, he saw the Messiah.  So he had spent his entire life looking for the Savior, having no idea what the Messiah would look like, or in what form he would come.  And Simeon was now very old.

I can imagine Simeon shuffling over to them, making eye contact with a startled Mary and Joseph, and then looking down at the baby in Mary’s arms.  He stares.  Then he smiles.  A tear might have come to his eye, and he says “Lord, now let your servant depart in peace according to your word, for my eyes have seen your salvation which has been prepared for all people.”  Simeon knew.  No miracles. No signs. No wonders were required. He just saw the Christ child and knew. That was enough.  He can die now, in peace.

It’s not difficult to imagine Mary and Joseph’s reaction to this scene. Startled at first, perhaps, even a bit frightened by the old man, Mary and Joseph yield to him because they sense the Lord’s Spirit upon him. Hearing Simeon’s prophecy, they were, I’m sure, reminded of the events of the previous weeks and months when angels and shepherds had intruded into their lives to foretell the greatness of their Son.

This story is, to be honest, a little bit startling to me. Each time I hear Simeon’s words, they make me just a little bit uncomfortable.  Listen to them again: “Lord, now you let your servant go in peace; your word has been fulfilled. My own eyes have seen the salvation which you have prepared in the sight of every people: a light to reveal you to the nations and the glory of your people Israel.” Beautiful words, but also troubling.  To be clear:  when Simeon asks that he be allowed to “go,” he’s asking to die.

And so I wonder, why does Luke record this strange scene and Simeon’s prophecy? Why does he jump from the beauty and light and joy of the nativity straight to Simeon’s sort of morbid request for death?  And why then are we focusing on this, not even a week after our celebration of Christmas?

Shouldn’t Luke, and we, leave death outside our doors, just this once, to deal with it later? Isn’t this more of a Lenten thing, instead of a Christmas thing?

But there it is, you see. Death doesn’t take a holiday, does it? And this is never more apparent than during this season, a time when our hopes are regularly joined to our fears, our expectations so often tinged by our regrets, and our reunions sometimes overshadowed by unspoken disappointments or hurts.

Some of us have lost a loved one in the past year and that makes this Christmas especially difficult.  And this season is full of memories that can haunt us: a Christmas carol, a favorite ornament on the tree, or some vivid memory of Christmas past that can remind us of people lost, or of broken relationships.  I still feel a twinge of grief every year when we hang the Christmas ornament with my Father’s name and date of birth and death engraved on it…and even more so when we put the ornament away.

Well, Simeon is no different. He’s an old man, and has been around the block more than a few times, and so we can imagine that he has tasted love and loss, joy and despair, hope and fear, just like you and me. And so he speaks of death in our Gospel simply because he can’t help it; because he, like us, lives with it every day.

I have spent time in the last 3 days sitting in the waiting room of the Intensive Care Unit at Regions Hospital in St. Paul with a good friend, Tom, and his family.  Tom is a youth minister from just outside of Dallas, Texas.  His family was up visiting relatives for Christmas in Amery, Wisconsin, when their son, Max, who is 17 caught the flu.  But in just 24 hours, the flu progressed to pneumonia, the pneumonia progressed into a wicked infection that ravaged his body and then attacked his kidneys.  Max was airlifted to Regions Hospital on Wednesday, and was admitted to Critical Care.  Last night, he lost his battle and surrounded by his family, passed from this life to the next.

This is a family of strong faith, and right now they are clinging to that faith.  One of the things Tom said to me during one of our conversations in the waiting room last night is something I think I will always remember.  He said (and I’m paraphrasing here): “you know, we do everything we possibly can to protect our kids.  And right now I feel so frustrated because I want to protect him.  But there’s nothing I can do.  I just have to trust.  And either way, Max belongs to God.”

Max belongs to God.  At his baptism, God put a claim in on Max’s life.  God said to Max, as he says to each of us, “you belong to me.”  I think we too easily forget this claim.  In a culture where we are taught to be strong and independent, we forget that God says to each of us “you are my daughter…you are my son…with whom I am well pleased.”

Simeon is confident in God’s claim on his life.  Simeon knows that he belongs to God.  And so I think I was mistaken earlier: after Simeon sees the baby Jesus, he does not ask for death; rather, he accepts it courageously and confidently.  When he holds the baby Jesus in his hands, he knows that God’s promise to him has been fulfilled.

And through Jesus, God’s promise to us has been fulfilled.

This baby that we celebrate during the season of Christmas; this baby named Jesus; this baby whose name literally means “God Saves.”  He comes to save you; and me.

And so only a few days after we hear the story of Jesus’ birth, we hear Simeon’s story, simply because it tells of God’s great love for us, a love that even death cannot destroy. For, like Simeon, we also need to hear and see and touch and feel God’s promise, the promise that God will be with us, and for us forever, the promise announced in the birth of that innocent baby.

For this reason, what I wish for you and your family on this day and in the days to come isn’t simply a “merry” Christmas, but also a “blessed” one; a Christmas, that is, so infused by God’s promise of presence and peace that you can leave worship to go out into the world with confidence, facing whatever comes your way in the coming week and year with courage. Remember Jesus’ name.  Remember that it means “God saves.”  Remember that it means the fulfillment of a promise to you.  And remember that you are God’s beloved child.  God put his claim in on you, by name, at your baptism.  And it was for your sake that Jesus, that “God saves,” was born!