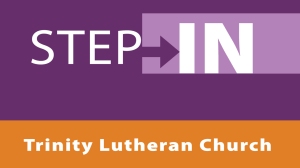 Grace and peace to you, from God our Creator and from Jesus, who welcomes all. Amen.

Jillian Lynne was a young woman who grew up in Great Britain in the early part of the 20th century. Today, she is 88 years old. Earlier this year, Queen Elizabeth bestowed on Jillian Lynne the title of “Dame Commander of the British Empire,” which is roughly the feminine equivalent of the title of knight. So now she is known as Dame Jillian Lynne. She received this honor because of her contributions to the world of dance, and the arts.

But it might not have been. As she tells it, when growing up, she struggled in school. Teachers didn’t know quite what to do with her. She couldn’t focus…her attention span was short…she couldn’t sit still…she was full of energy and would often just get up and walk, or even skip around the classroom. Her teachers nicknamed her “Wriggle-Bottom.” Finally, exasperated, the school told her parents “We think Jillian has a learning disorder. You must take her to a doctor, or she will be expelled!”

So her parents, who were as overwhelmed as her teachers, took her to a specialist. The doctor examined her and then said “Jillian, I need to speak to your Mother privately. Can you sit here quietly while we step outside?” Jillian nodded. As the Doctor got up to leave, he turned on his desk radio and music started playing. The doctor and Jillian’s mother stepped outside and the doctor closed the door, turned to the mother pointed at the one-way window looking into his office and said “Just watch this.”

The minute they left the room, Jillian leapt up, and began dancing around the room to the music. She spun on her chair, she climbed up on the doctor’s desk, she jumped and moved to the tempo.

The doctor turned to Jillian’s mother and looked her in the eye and smiled. “There is nothing wrong with your daughter.” He pulled out a prescription pad, and he wrote two words on that it: “Dance Class.” And he gave it to Jillian’s mother.

Jillian says that those two words changed her life. Her Mother brought her to dance class, where, she said, “I found people like me: People who couldn’t sit still; people who needed to move; people who heard music and instantly went into motion.”

Jillian excelled at dance; she became a ballerina. She was invited to join the Royal Ballet; she danced for the King and Queen. When Jillian got too old to dance she became a choreographer for the ballet and through those experiences, met composer Andrew Lloyd Weber, who asked her to choreograph the musicals “Cats” and “Phantom of the Opera.” To this day, at age 88, she still goes down to the studio every day to dance.

When asked about her remarkable life, she said that “The doctor helped me to step in to the place where I belong.”

“Step in to the place where I belong.” This is one of our fundamental human needs…to know where it is that we belong. The need to feel included is real for all of us. Last week, as I was hanging out at the various Owatonna Homecoming festivities, I noticed the incredible amount of Owatonna clothing and swag that was being worn; and rightfully so; people in this community are proud of where they are from. This is home…they belong here…and people wear clothes that says to where we belong.

I did a little digging in our own closet and came up with a bunch of stuff I’d share with you:

We wear things to show where we belong; to whom we belong; that we do belong. Shirts, jerseys, hats, watches with company logos, class rings, wedding rings…I bet if we did a little inventory right here, right now, we’d have a substantial number of you who are wearing something that indicates that you belong somewhere or to someone.

We need to pay attention to this idea of belonging. Because for someone to feel like they belong, there really needs to be two elements present:

We’ve probably all experienced the pain of when one of these two things doesn’t go well. I’ve tried out for music groups, or teams where I wasn’t selected…not fun. Not fun at all.

Likewise, there have been times when I knew that in order to be a part of something, I’d need to work up the courage to step into something new and different…and I backed down. Later, I could have kicked myself.

But when it all works…when the group is willing to welcome, and when we have the courage to step in, we often find a place where we can connect…belong…feel at home.

Our scripture reading today from the book of Hebrews explores this. If you’ll look with me at the first line from our text, it says: “Therefore, my friends, since we have confidence to enter the sanctuary by the blood of Jesus, by the new and living way that he opened for us through the curtain…

This is a reference to the temple in Jerusalem. The temple was arranged as a series of concentric squares. Anyone could be on the plaza outside of the temple…and inside, in the first court was open to all of Jewish faith. Then there was the court of women, and that was the farthest they could go. The men could go one level past that…then the religious leaders, and so on until the small room at the center of the temple, where once a year, only the high priest, after undergoing a thorough cleansing ceremony, could enter.

This room was called the “Holy of Holies.” It was where the Jewish people believed God lived. And once a year, one person was allowed into the presence of God. This room was separated from all others by a heavy curtain.

Jump stories with me for just a moment. Think of the story of the crucifixion. Jesus is on the cross…in the book of Matthew it describes it this way:

“And when Jesus had cried out again in a loud voice, he gave up his spirit…that is, he died…At that moment the curtain of the temple…that heavy curtain that separates the Holy of Holies… was torn in two from top to bottom. The earth shook, the rocks split and the tombs broke open.”

The curtain of the temple, which Jewish people believed separated where God lived from the rest of the world was torn in two. In other words, the separation between God and God’s people was, through Jesus, gone. I love the way one of my seminary professors phrased it: “The curtain tore, and God got loose in the world.”

This is a powerful symbol, and one I think we frequently overlook; to quote from Romans 8, “Nothing can separate us from the love of God in Christ Jesus. Nothing.”

Because of Christ, God’s presence is not reserved for the holiest of holies…it is not limited to an annual appearance for one person; God is out…God is active in the world. And God belongs to everyone, and everyone belongs to God!

The reading from Hebrews, and the tearing of the temple curtain tells us that we belong! I belong! You belong! For those of us who sometimes can feel insecure about our place in the world, about where we belong, this is really good news!

And so if we can have “confidence” (as the book of Hebrews says) that we belong, how do we then confidently “step in” deeper to our faith and our community?

There are lots of reasons people don’t step in to a faith community…or more deeply into their relationship with God. And I understand these. We’re busy…we’re tired…we don’t know how to fit in…we’re not sure we’re really welcome…or maybe people within the church have hurt us sometime in the past. I’ve heard the reasons, and I understand.

But let me just say this…the church, for all of its flaws, is one of the primary mechanisms God has chosen to help make God’s kingdom a reality in our world. That is our mission. God calls us to step deeply into this community, the church, in order that together we can accomplish our mission.

Our lesson from Hebrews goes on to say that as God’s people, “let us approach,” in other words, let us step closer…step in…and ”let us hold fast to the confession of our hope…and let us consider how to keep encouraging each other to love and good deeds, not neglecting to meet together as the community.”

So first, ask yourself. What are your gifts…what are you good at? And then, what are your passions…what do you love to do? And finally, what are the needs of the world? How can you apply your gifts and passions to this need? Because that is your ministry.

So here’s the deal. If you’re awaiting a word of invitation, let this be it:

Remember that as people of faith, we too all wear a mark, a logo that shows that we are children of God, that we belong. That mark is the cross, formed on our foreheads with the waters of Holy Baptism with the words: “You are sealed with the Holy Spirit, and marked with the Cross of Christ, forever.”

Take your finger, everyone. Make the sign of the cross on your forehead, and repeat after me: “I am sealed with the Holy Spirit…and marked with the Cross of Christ…Forever.

With this mark, God forgives us. God empowers us. God invites us.

You belong. Let’s step in together.