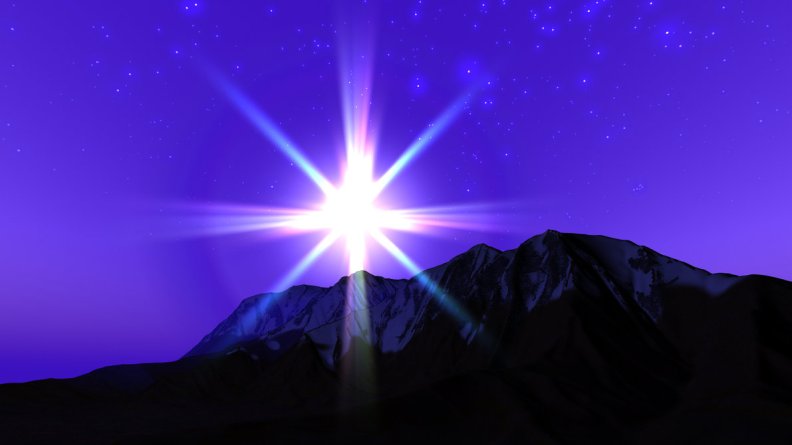 Grace and peace to you from God our Creator, and from Jesus, the Son of God who is the Word made flesh! Amen.

We come tonight, to hear the most familiar story in the Bible. We know the characters, Emperor Augustus, Quirinius, the Governor of Syria; there is Mary and Joseph, the Shepherds, the angels, and a baby.

But this long-ago story is not only about these ancient characters. It’s also a story about us.

Because this story reminds us, all of us…all of us, gathered tonight amidst the candles and readings and carols, and prayers of something very important: The gift of Christmas is for all of God’s children.  Infants, adolescents, middle aged and elderly; Liberal and conservative; Gay and straight; Right handed and left; blonde hair and brown; Black and white; Steve Harvey, and Miss Columbia.

Let me say it again: the gift of Christmas is for all of God’s children.

And then there’s the music! I love the music at Christmas! The carols that tell the story of Jesus’ birth…on this night, they can literally bring a tear to my eye. One of my very favorite pieces of Christmas music is the song we are going to hear in just a couple of minutes: “O Holy Night.” I love this song. I love the melody. I love the lyrics. I love that when I hear it on Christmas Eve it stirs my soul.

I was talking about this song with Andrea Van Gelder, our Director of Music this past week and she had this great observation. She said that for her, the most powerful line in the song is the line in the very first verse. It says:

“Long lay the world in sin and error pining; till He appeared and the soul felt its worth.”

“He appeared, and the soul felt its worth.” I get a little chill down my spine when I hear those words. Tonight, when we think about the baby Jesus who appears, who comes for each of us, it is a reminder of God’s great love for us…God who sent his only son, that whoever believes in him will not perish, but have eternal life. When we hear the Christmas story tonight and tomorrow, it is easy to remember our worth.

But our memory can be fleeting. And I wonder: “Will I remember that the day after tomorrow?” Then, it can be easy to forget.

In Texas in November of 2008, the Gainesville State School football team was scheduled to play against Grapevine Faith Christian Academy, a small, private high school with a powerhouse football team.

The difference between the two schools couldn’t be more striking. Grapevine Faith Academy is a small, family-oriented, suburban Christian school outside of Dallas with a great tradition of football. They have 70 players, 11 coaches, the latest equipment and very involved parents.

The Gainesville State School, on the other hand, is the maximum-security juvenile prison for young people who had committed serious offenses: drugs…assault, robbery, you name it. These boys’ futures were bleak. Many of their own families had disowned them.

And their football team? The Gainesville Tornadoes? The team was 0 and 8. They had only scored two touchdowns all season. They were wearing seven-year-old shoulder pads and ancient helmets.

During games, the Gainesville team’s sideline was surrounded by 12 uniformed police officers. They had one coach and no cheerleaders. No parents traveled with the team to watch the games. Gainesville didn’t even have a home field. All of their games were away games.

But Kris Hogan, Grapevine Faith Academy’s head coach had an idea. He wanted to do something kind for the Gainesville team. So he sent out some emails to the team’s boosters and the student council. And the idea took off. When the Gainesville team arrived at Grapevine and climbed off of their bus, they were puzzled to be met by cheering fans…”Go Tornadoes!” the fans cheered. Much to the Gainesville boys disbelief, Grapevine had put together a 40-yeard “spirit line” for the visiting team to run down, complete with a giant Gainesville banner to crash through as they entered the field.

Half the Grapevine fans had agreed to sit on the Gainesville side, and to cheer for the team of young convicts. One of the Gainesville players said “I wouldn’t expect another parent to tell somebody to hit their kids…but these people: they wanted us to!” And the cheerleaders split into two squads, so the boys from Gainesville would have their own cheerleaders.

It was a strange experience for boys who are used to people crossing the street to avoid them. “We can tell people are a little afraid of us when we come to the games,” said Gerald, a lineman who wound up doing more than three years. “You can see it in their eyes. They’re lookin’ at us like we’re criminals. But these people, they were yellin’ for us!”

Gainesville played better than they had all season, and while they still lost by 18 points, they did score the last two touchdowns. As the clock wound down, they poured the Gatorade bucket over their coach’s head.

After the game, both teams gathered in the middle of the field to pray. And that’s when Isaiah, the captain of the Gainesville team asked if he could lead the prayer. “Lord, I don’t know how this happened, so I don’t know how to say thank you, but I never would have known there were so many people in the world that cared about us.” And it was a good thing everybody’s heads were bowed, because they might have seen many in that huddle wiping away tears.

When the Gainesville coach, still dripping from Gatorade, saw Coach Hogan, his opponent, he grabbed him hard by the shoulders and said “You’ll never know what your people did for these kids tonight. You’ll never, ever know.”

14th Century German mystic, Meister Eckhart said “There is a place in the soul that neither time nor space, nor created thing can touch.” My friends, there is a place deep inside each one of you where only God can go.

And tonight, God wants to fill that space. The purpose of this holy night is to tell every man, woman and child “you…your spirit…your soul…are worth being loved.” You are loved more than you can ever imagine. You are loved forever. You are a child of God, loved beyond measure.

Christmas is personal. God came at Christmas for us; that we might have hope, and courage amid the dark and dangerous times and places of our lives. We live in what can feel like shadow. There is fear: Fear of illness; fear of losing our jobs; fear of rejection; fear of violence. We all have our fears. But to this shadow, the birth of Christ brings great light that no darkness or fear can overcome.

I’m sure you remember the shooting that took place in Charleston, South Carolina earlier this year. A young man, Dylan Roof, walked into an African Methodist Episcopal church and took the lives of nine innocent victims. It was a horrific act of hate and terror that rocked our nation.

Shortly after the incident, Dylan stood in court, to hear the charges being brought against him.

Family members were allowed to speak of how this shooting had affected them. “You took something very precious away from me,” a relative of Ethel Lance, the 70-year-old grandmother who died in the massacre, told Roof on behalf of Ethel’s family. “I will never talk to her ever again. I will never be able to hold her again. But I forgive you and may God have mercy on your soul. You hurt me. You hurt a lot of people, but I forgive you.”

Another family member, Bethane Middleton-Brown, whose sister was killed told Roof, “For me, I’m a work in progress and I acknowledge that I’m very angry. We have no room for hate. We have to forgive. I pray God’s mercy on your soul.”

When these people were asked how they could forgive someone who had committed such terrible acts against them. They responded: “We have no room in our hearts for hate…no room for darkness. We need to forgive as we’ve been forgiven. Our souls are renewed when we forgive.”

And the soul felt its worth.

Your story, and mine, may not be as dramatic as that football team in Texas, or those members of that church in Charleston. But I think that it is all too easy for any of us to lose track of our value in the sight of God…of who God calls us to be…of the worth of our souls.

So when you or a loved one gets sick this year, or when your finances get a little shaky, or when a relationship starts to falter. Or when you’re worried about the safety of a loved one, or you become weighed down by caring for an elderly parent, or a child with special needs. When you mourn the loss of a loved one, as some of you are mourning tonight, remember…always remember…that this Jesus we celebrate tonight, he goes with you; and he brings light to the dark places; because your life, your soul, has worth.

And he is here with all of you, through all the days and nights of this coming year. For this is the Christmas promise:

Tonight, tomorrow, the next day and the next…

Remember that Jesus comes to you…and let your soul feel its worth.