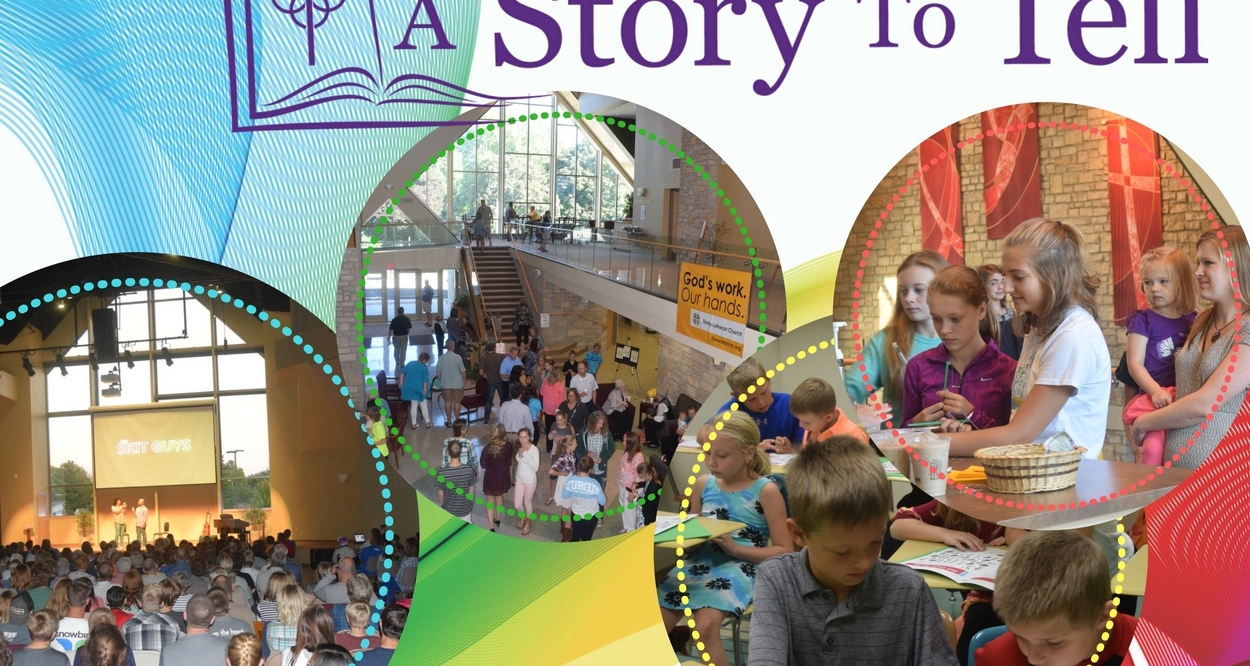 Grace and peace to you from God our Creator, and from Jesus, the Son of God who fills our hearts! Amen.

Ivan the Great was the tsar of Russia during the Fifteenth Century. A brilliant military strategist, he united Russia and drove out their enemies. He was however, so consumed by his military campaigns that he had not taken time to marry and produce an heir to his throne. His concerned advisers gained his permission to search for a suitable wife, and after a careful search, it was agreed that Ivan would marry the daughter of the King of Greece.

The King of Greece was delighted and the marriage was agreed to, on one condition: Ivan must become a member of the Greek Orthodox Church. Ivan indicated he was willing to do so and a priest was sent to Moscow to instruct Ivan in Orthodox doctrine. Once the instruction was completed Ivan, accompanied by his palace guard, 500 of his most skilled soldiers, made his way to Athens for the wedding.

Upon arrival in Athens, Ivan was to be baptized into the Orthodox Church. His soldiers, always loyal to their leader, asked if they could also be baptized. After a crash course in the Orthodox faith, they too were ready for baptism. Ivan and his guards would be baptized together in a mass baptism, to be attended by huge crowds from all over Greece. As was the custom in the Greek Orthodox Church, the baptism would be by full immersion. Imagine the scene: five hundred soldiers and 500 priests wading into the Mediterranean Ocean for baptism, the soldiers decked out in full battle gear and the priests in their black robes and hats!

Now however another problem presented itself. The Greek Orthodox Church did not allow professional soldiers to be members. If they were to be baptized into the church they would need to give up their occupation. This was unacceptable to Ivan and his soldiers, so a compromise was reached. As the priests baptized each soldier, the soldier would reach for his sword and lift it high above his head. Then he would be baptized – all of him, except for his fighting arm and sword.

You’ve got to give Ivan the Great and his soldiers serious points for creative problem solving. But their refusal to give themselves over completely, their desire to hold something of themselves back from God, was indicative of a problem not with their arms, or even their swords, but of their hearts.

And with the luxury of 600 years of history and theological understanding to draw on since the days of Ivan, it’s easy for us to sit here and say “well, that was silly!” When the reality is, we as people of faith, make the same kind of choices almost every day.

We, in our culture, also struggle with problems of the heart.

Theologian Paul Tillich calls it our “Center of Being.”

Though Ivan’s soldiers were being baptized, their heart…their center, was occupied not by God, but by Ivan the Great.

Our Gospel lesson today reminds us that God does not want just a part of us. God wants all of us: Body, mind and heart.

Jesus tells us that “where your treasure is, there your heart will be also.” In other words, those things that are most precious to us, and what we do with them, can tell us a lot about what we value…about what sits in our hearts, our center of being.

I’ve heard it said, and I believe it to be true, that you can tell the most about a person’s values by looking at their calendar and at their check book. Where do we spend our time? Where do we spend our funds? The odds are pretty good that the way we spend our time and our money will indicates what’s at our center. And there are times, when we all say “Yes, I am a baptized child of God, loved beyond measure…” but we’re holding our calendars and wallets up and out of the water.

And it is an amazing, life-giving story.

Giving makes us joyful people. The act of giving is in itself, a joyful act.

A few years ago, I brought my senior high youth group to North Carolina to work on a Habitat for Humanity project. We went to worship at our host church on Sunday morning. They were doing a special offering that day…asking people to collect their daily spare change and put it into one of those little cardboard banks. In worship, members of the congregation brought their banks forward to place them at the altar.

I remember this little kid…probably seven or eight years old, who walked carefully and deliberately, up the center aisle of the Sanctuary, and as he approached the big basket in which people were placing their banks, a smile slowly crossed his face. And when he was next at the basket, he took his bank, raised it in the air, and spiked it straight down into the basket like a wide receiver who just scored the winning touchdown. The cardboard bank burst open and the coins made an incredibly satisfying sound, and the little boy turned around to face the congregation and threw his arms into the air. Joy.

An older, dignified looking gentleman in a suit followed him in line. The man who was startled by the sudden outburst, and kind of stepped back. But as he took his turn at the basket, he too then picked up his bank, and spiked it into the basket. He turned to the little boy, still standing there, smiled, and the two of them high-fived. Again, joy! Giving makes us joyful!

Dr. Lara Aknin, is a researcher at Simon Fraser University who studys joy. Dr. Aknin gave envelopes to passersby in a Vancouver park. As they took the envelope each was asked to rate their happiness and share their phone number. Half got an envelope with money to spend on themselves before 5 p.m. The other half got money to spend on someone else—also before 5 p.m.

That evening, Dr. Aknin called them and asked them to report how happy they felt. You can see where this is going—right? You guessed it—those who spent on others were happier than those who spent on themselves. Giving changes us, in that giving brings joy.

When we recognize that both our hearts and our treasures are firmly cradled in the love and grace of God, when these elements align, it brings joy. And that’s what giving is supposed to feel like!

And it goes way beyond that: A 2003 research study at the University of Michigan reveals that the positive effects of generosity include improving one’s mental and physical health and promoting longevity. Researchers found that men who did regularly give, and do volunteer work had death rates two-and-one half times lower than men who didn’t. Generosity reduces stress, supports one’s immune system and enhances one’s sense of purpose.

Why does generosity have these effects? The researchers found that the act of being generous makes humans more sensitive to the needs of others, and that it shifts a person’s focus off of themselves and on to others. And many of our thoughts about ourselves are tinged with criticism, stress, doubt, and uncertainty. None of these do any good for our level of confidence and success. Giving changes us from being self-focused, to other-focused.

In other words: “Where your treasure is, there your heart will be also.”

We have a story to tell. It is the story of a God who created the world, and then gave it to us to live in and to tend. He gave His Son, that we might have life, and have it abundantly. He gave us all we need…more than we need…

As Jesus-followers, this is the story we tell. But there is also a story that we live out every day. And we get to decide what will be in that story. God gives us the choice and the power to write it.

Let that be our story! Thanks be to God!