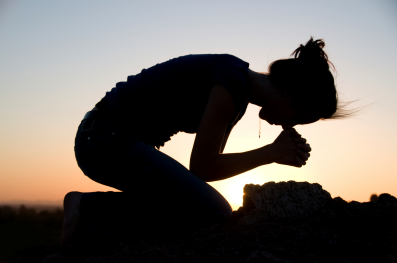 Grace and peace to you from God our creator, and from Jesus Christ, our Lord and savior. Amen.

I have a confession to make. Here it is: I hate confessing. I can’t stand admitting my mistakes, my errors in judgment, or the times I have been inconsiderate, or rude, or have hurt those I care about.

I have an image that I want to maintain…a persona. And when I have to confess, it’s because I haven’t lived up to that persona. There is a crack in the veneer. There are flaws in my character…in my soul…and in all honesty, I don’t know that I want any of you to know that. I suspect that I am not alone in my hesitancy to admit my wrongs.

But as the old, Scottish proverb says, “Confession is good for the soul.” And I suppose that it is.

Because confession by itself is just a matter of admitting something. It means, literally, to tell the truth. And the key is to remember that it’s not just the truth-telling that restores our soul. It’s the word of absolution, the word of forgiveness that follows that we long for.

There is a story that has been told through the years at Luther Seminary for so many years that it is approaching legendary status. Back in the day, the president of the seminary, the Rev. Dr. Alvin Rogness, a wise and kind man, took an appointment with a woman who was a student at the seminary.

“I’ve come to make a confession,” she said. She was married, but had gotten involved in an extra-marital affair. Her husband knew nothing, and it hadn’t been going on long, but it was tearing her up inside. “I’ve ended that relationship,” she said. But I feel so guilty. I’ve done such a hurtful thing to my husband. To God. And I’ve learned that I’m not who I thought I was. I’m unfaithful. I’m an adulterer.” They talked for quite awhile, and then they prayed. She prayed first, and she confessed to God what she had done. And then Dr. Rogness prayed. And then he offered up to her words of forgiveness. He proclaimed: “In the mercy of almighty God, Jesus Christ was given to die for you, and for his sake God forgives you all your sins. In the name of the Father, and of the Son, and of the Holy Spirit. Amen.”

She took a breath and stood up. “Thank you,” she said. And she gathered her things and moved towards the door. As she walked away, she said “Well, now I need to go and talk to my husband about this.” And Dr. Rogness replied. “Talk to him about what?”

There it was. Forgiveness. Wiped clean. As far as Dr. Rogness was concerned, it was gone. Done. Forgotten. And he was demonstrating that as far as God was concerned, it was past. Forgiveness had been given. And God forgives, and forgets. And the woman got a tear in her eye, she smiled, and she said mouthed the words “thank you.” And Dr. Rogness smiled, and then she left the room to go talk to her husband.

When words of confession are followed by words of forgiveness, it is like cool, cool water on a hot, hot day.

This is what the woman at the well experienced when she met Jesus. She discovered someone who knew her…who cared for her…who broke social and cultural barriers to speak to her. And when he spoke, it was the promise of forgiveness, of new life that he gave to her. He said: “…those who drink of the water that I will give them will never be thirsty. The water that I will give will become in them a spring of water gushing up to eternal life.”  The woman said to him, “Sir, give me this water, so that I may never be thirsty or have to keep coming here to draw water.”

But there is more! The act of confessing and receiving forgiveness also brings direction, and vision for days ahead. When we receive this gift, we can’t help but be drawn back to it again and again.

Pastor John Ortberg writes in the book Trinity is studying together this Lent, The Life You’ve Always Wanted, that …”Confession is not just naming what we have done in the past. It involves our intentions about the future as well… As God does his work in us through the process of confession and forgiveness, we will feel a deep desire not to do this hurtful thing again…we resolve that with God’s help, we will change.”

So here we sit, you and I; people of faith, people who struggle with sin. But also people who have tasted this gift of forgiveness, we have drank from the well with Jesus. We have experienced grace. And God asks us to continue to pray…to confess…to trust in our relationship…because it is through that relationship that we are restored and made new. It is because of Jesus.

And so I’ll ask you to wonder to yourself: what is it that separates you in your relationship from God? How have you hurt someone else? How have you wandered from God’s teachings? How are you broken? How have you sinned? Confess these things to God. Be honest.

And then hear these words of promise again: “In the mercy of almighty God, Jesus Christ was given to die for you, and for his sake God forgives you all your sins. To those who believe in Jesus Christ he gives the power to become the children of God and bestows on them the Holy Spirit.”

Confess. And receive the gift. Be forgiven.